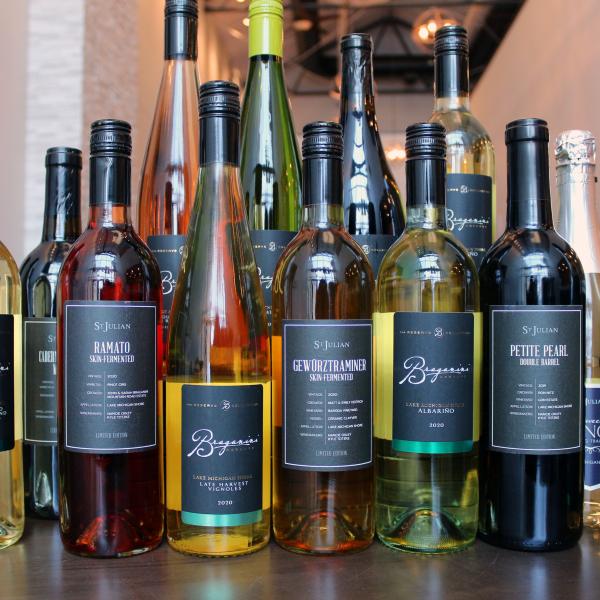 Including a Best of Class & Double Gold

(PAW PAW, Mich) – St. Julian Winery was recently presented with 14 individual medals – including a “Best of Class” for its 2020 Traminette and a “Double Gold” for its 2020 Sauvignon Blanc – at the 2022 San Francisco Chronicle Wine Competition. Now in its 22nd year, the San Francisco competition judged more than 5,800 wines from nearly 1,000 wineries in United States, Mexico and Canada. It is regarded as the largest competition of North American wines.

“We are thrilled to receive a medal for all 14 wines entered in the San Francisco Chronicle Wine Competition. It’s a tribute to our entire winemaking team, cellar staff and grower partners,” says Nancie Oxley, St. Julian Vice President Winemaker. “The Best of Class and Gold medals reflect our commitment to produce distinctive wines across our portfolio while we continue to enhance the reputation of Michigan wines, especially those from the Lake Michigan Shore appellation.”

St. Julian’s complete list of awards from this competition include:

St. Julian, Michigan’s oldest and longest-operating winery, has been family-owned since its founding in 1921. In addition to the winery in downtown Paw Paw where they produce award-winning wines, sparkling juices, spirits and hard cider, St. Julian operates tasting rooms in Dundee, Frankenmuth, Rockford, Troy and Union Pier.